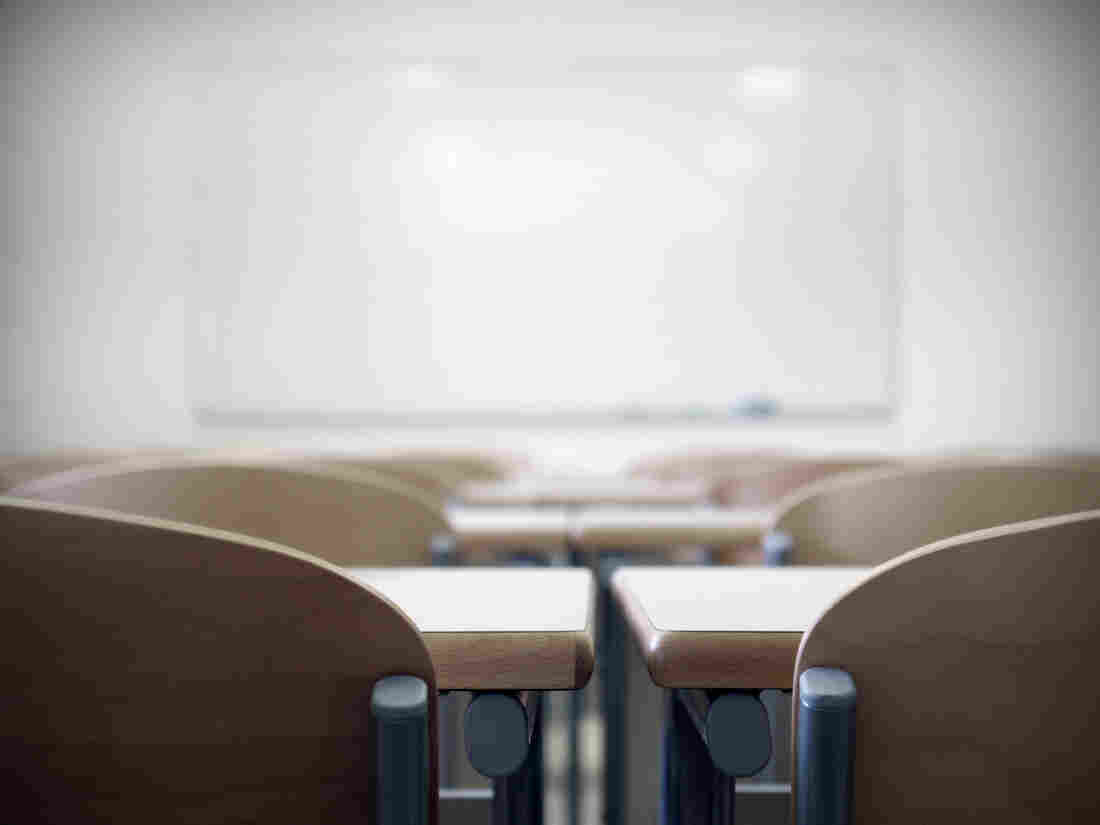 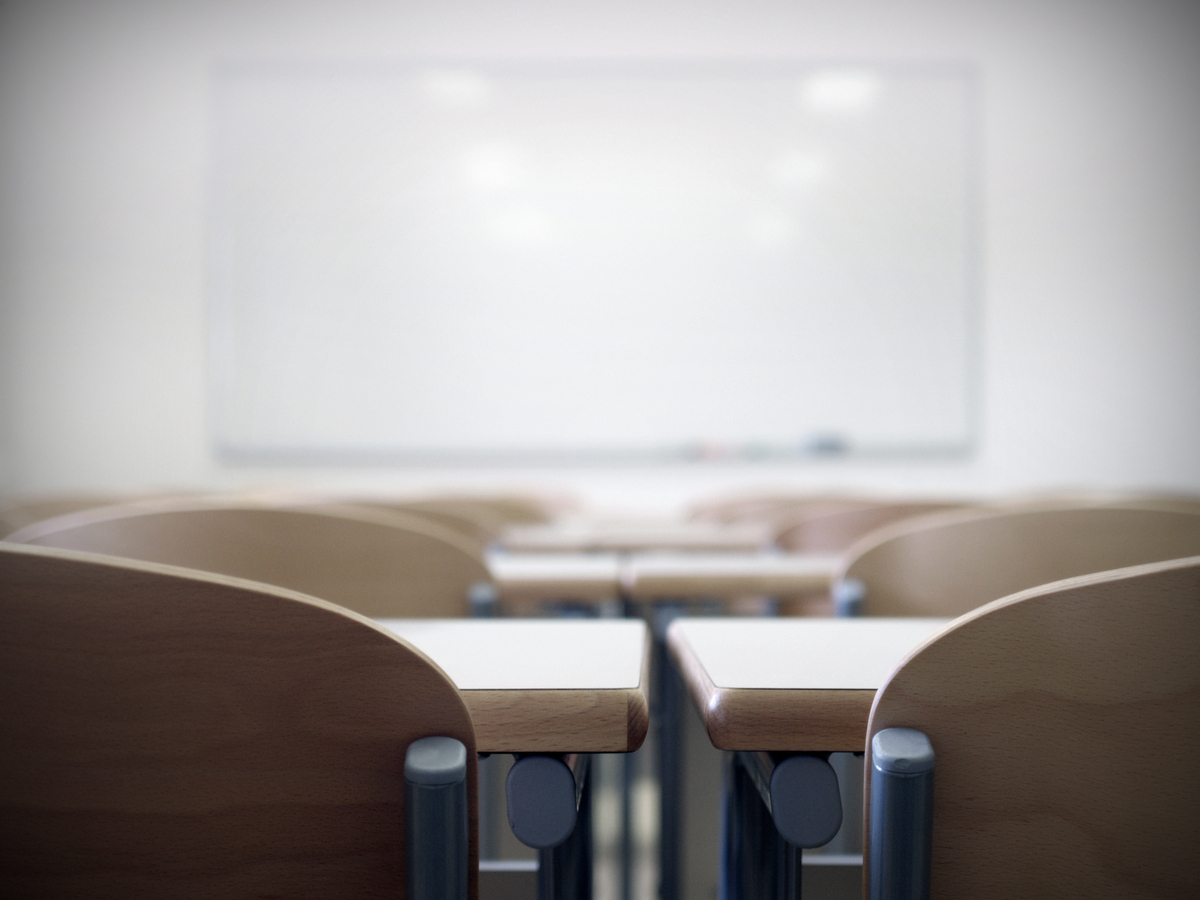 Marcelo Gleiser is a theoretical physicist and writer — and a professor of natural philosophy, physics and astronomy at Dartmouth College. He is the director of the Institute for Cross-Disciplinary Engagement at Dartmouth, co-founder of 13.7 and an active promoter of science to the general public. His latest book is The Simple Beauty of the Unexpected: A Natural Philosopher’s Quest for Trout and the Meaning of Everything. You can keep up with Marcelo on Facebook and Twitter: @mgleiser

Monday was the first day of Dartmouth’s Spring term. So, as I often do at this time, I started teaching my course for non-science majors called “Understanding the Universe: From Atoms to the Big Bang.”

This is what students like to call a “physics for poets” class — a class that explores the history of how humanity has confronted some of the deepest questions we can ask about the material world and our place in it, without the math. It is a class that tries to capture the true spirit of the liberal-arts education, mixing the sciences, the humanities, and the social sciences as different and complementary ways of knowing the world and why we matter. In fancier words, as an intellectual history of physics and astronomy, the class requires that scientific thinking be contextualized culturally, so that students can situate the ways in which some of the most revolutionary ideas in the past 2,000 years emerged when they did.

That said, it’s interesting to see how students that have a background in the sciences — and those who don’t — look at the course. This is something that speaks to our educational system at large.

Scientists, by training, have little exposure to the humanities. Given that a major in the sciences requires a lot of technical work, we spend precious little time dealing with what happened culturally and historically around the science we are trying to understand. We don’t learn much about Galileo and his bouts with the Roman Inquisition, or about Newton’s religious motivation for his work or his research in alchemy, or Kepler’s Pythagorean mysticism, or Darwin’s struggles with his wife’s (and his own) faith, or Einstein’s work as a pacifist. In the classroom, at least, we learn about their technical ideas, but not about who they were or why they were thinking what they were at the time.

This, I believe, is the reason why so many scientists (with, of course, brave exceptions), many of them in the public media, condemn the humanities as useless — or seem not to understand why we should bother with them at all. As a consequence, many scientific ideas are presented as having conquered some of the deepest questions we have been asking for millennia, when they haven’t. Point in case, the origin of the universe, something we can’t truly address within the scientific framework as we know it, is often presented as solved and understood. God isn’t needed. Case closed. Boom.

Humanities students, on the other hand, are (with, of course, brave exceptions) typically those who eschew the sciences or, at least, math. Their training is also technical, involving lots of reading and critical writing. You can often tell, when you teach this kind of class, who the scientists and the humanists are. All you have to do is write an equation on the blackboard and look at the class. Humanists’ eyes will quickly glaze over. The scientists will perk up. As you read from Aristotle’s Metaphysics, the opposite will happen. To bridge this gap is the challenge.

This split, of course, is not new. In 1959, the British physicist and novelist C.P. Snow, in his Rede Lecture at Cambridge University, called our attention to the Two Cultures divide — the growing gap between the sciences and the humanities that, he believed, threatened the health of academia:

“I believe the intellectual life of the whole of modern Western society is increasingly being split into two polar groups…at one pole we have the literary intellectuals, who incidentally while no one was looking took to referring to themselves as ‘intellectuals’ as though there were no others…at the other scientists, and as the most representative, the physical scientists. Between the two a gulf of mutual incomprehension — sometimes (particularly among the young) hostility and dislike, but most of all lack of understanding.”

We all stand to lose from this gulf between the sciences and the humanities. The sciences run the risk of being decontextualized from their moral and social consequences, pursuing technologies that should be regulated and scrutinized. Artificial intelligence research, for example, as many philosophers and, thankfully, scientists have recognized, needs to have safeguards so as to guarantee that, in the advent that we do build machines more intellectually capable than ourselves, they would still be willing to work with us and not against us. The same with CRISPR/Cas9 biotechnologies, that can effectively and specifically change genes within organisms, thus allowing us to engineer life following target goals. On the other hand, the humanities run the risk of becoming disconnected from the pace of scientific discoveries and myopic to how they are effectively transforming the world we live in.

The classroom is the ideal place for this conversation between the sciences and the humanities to unfold. By exposing students to the two sides of the cultural divide, we stand a chance of building bridges that will actually close the gap. Scientists should read from original sources, and humanists should grapple with scientific concepts such as relativity, quantum physics, evolution and natural selection, plate tectonics, climate change, and the expanding universe. Scientists should recognize that some research topics — AI, biotechnology, climate change, life extension, the nature and pervasiveness of faith, and many others — need to be investigated together with humanists as a joint effort; inasmuch as they impact society as a whole, they are not “just” scientific research projects.

I finished the first class asking students what they expect from a teacher. The answers were great: be passionate about the subject matter; be available to students after class; be clear about expectations; have a sense of humor. I reminded them that I was once a student, too, and I swore then that if I ever became a teacher, I’d never repeat the things I hated in my teachers. At least, I try not to. But then I reminded them that the onus is not all mine. That to learn you must engage with the subject matter, that learning is an active state, not a passive one. Finally, I reminded them that not even the best teacher in the world can teach someone who doesn’t want to learn.

The best teachers know very well that the secret of good teaching is precisely this, to make someone want to know. After all, as Tom Stoppard reminded us in his brilliant play Arcadia, it is wanting to know that makes us matter — scientists and humanists alike.

0
In a stunning rebuke to the Los Angeles County Museum of Art, a foundation virtually synonymous with the museum for 60 years —...
Read more
Culture

0
Just days after it was announced that three top galleries would spilt the job of selling off work from the collection of the...
Read more