The biggest unresolved questions in the Senate impeachment trial


with help from Sarah Ferris and Heather Caygle

TRIAL AND TRIBULATION — House lawmakers returned to D.C. yesterday for what’s expected to be a big week on impeachment: finally naming managers and sending articles over to the Senate, officially triggering a trial in the upper chamber. But so far, Speaker Nancy Pelosi hasn’t even shared details with her own leadership team about who’s on that list and when it’s coming out. “I’m discussing it with my colleagues,” Pelosi said leaving a leadership meeting on Monday night.

House Democrats will meet this morning for a closed-door meeting, where the full caucus will gather for the first time since Pelosi announced last Friday that she would transmit the articles of impeachment. And Senate Majority Leader Mitch McConnell is preparing a rules package that sets ground rules for the trial, which is expected to mirror Bill Clinton’s impeachment. But even with the trial just days away, there is still a host of unanswered questions swirling around Washington.

Here’s a look at some of the biggest unknowns:

1) WILL THERE BE WITNESSES? Several Senate Republicans — including Sens. Susan Collins, Mitt Romney, Lisa Murkowski and Lamar Alexander — have left the door open to calling witnesses later in the trial. In fact, the White House is bracing for at least four Republicans to side with Democrats and vote for first-hand witnesses, according to CBS News.

But Sen. Rand Paul is warning his Republican colleagues that if Democrats succeed in securing witnesses, the GOP will try to haul in their own controversial picks, like Hunter Biden. The debate over witnesses may bring some of the most dramatic and consequential moments of the trial — and will determine how long it lasts. Burgess and Bres with the story: https://politi.co/35Tk5Om.

2) WHO WILL PROSECUTE — AND DEFEND — TRUMP? As mentioned earlier, Pelosi has yet to select impeachment managers or reveal who she is considering. The coveted job is expected to be bestowed upon roughly a half dozen House Democrats, according to several Dem sources. And House Intelligence Chairman Adam Schiff and Judiciary Chairman Jerry Nadler are expected to lead the prosecution team.

Trump, meanwhile, has yet to finalize his legal team. His personal attorney Jay Sekulow and White House Counsel Pat Cipollone are both expected to play major roles. Rudy Giuliani, meanwhile, is lobbying to join the team, per CNN. And there still hasn’t been a decision about including Trump’s House allies. “My advice to him would be: Let’s not infect the Senate trial with the circus-like atmosphere of the House,” Sen. John Cornyn (R-Texas) told reporters. Darren Samuelsohn has a look at the defense strategy: https://politi.co/2NqyXNP.

3) WILL THERE BE A MOTION TO DISMISS? The White House wants the Senate GOP’s rules package to include an option to dismiss the impeachment charges after the opening arguments — similar to the resolution used in Clinton’s impeachment trial, reports CNN. And Trump over the weekend called for outright dismissing the charges, as opposed to holding a robust trial and then voting on whether to convict to acquit.

While Republicans are still debating whether — and how — to include such a provision, senior GOP lawmakers expressed doubt that there would be enough support in the conference to swiftly dismiss the charges. “I don’t think there’s any interest on our side of dismissing,” said Sen. Roy Blunt (R-Mo.), the fourth-ranking GOP senator. “Certainly, there aren’t 51 votes for a motion to dismiss.” The dispatch from WaPo’s Seung Min Kim, Mike DeBonis and Elise Viebeck: https://wapo.st/3aa9fqw.

Related reads: “How Trump’s Senate impeachment trial will work,” via Kyle and Andrew: https://politi.co/35S9zqK; and “Pelosi’s new card to play on impeachment,” by Alayna Treene and Margaret Talev of Axios: http://bit.ly/2Tp7ika.

A message from the Consumer Brands Association:

Introducing the Consumer Brands Association — a 110-year-old startup representing the industry whose products you depend on every day. We are redefining issue advocacy and focusing on the needs of our members, not just with a new name, but an entirely reimagined, consumer-first agenda.

THE LATEST PLAN ON IRAN — The House Foreign Affairs Committee will hold a hearing on Iran today, but Secretary of State Mike Pompeo declined to testify. Chairman Eliot Engel (D-N.Y.) said he was “disappointed and frustrated” by the decision, but did not commit to issuing a subpoena for Pompeo’s testimony. “Each passing day raises new questions about the strike that killed General Soleimani. Was there really an imminent threat? Was it part of a larger operation? What was the legal justification? What is the path forward?” Engel said in a statement. Patricia Zengerle of Reuters has more: https://reut.rs/36W9HXq.

Across the Capitol … Sen. Tim Kaine (D-Va.) is still working to build more support for his war powers resolution, after locking down key GOP endorsements from Sens. Rand Paul and Mike Lee. But the timing of a floor vote is now up in the air because of the looming impeachment trial and tonight’s presidential debate. “It should be voted on when everybody’s in the chamber,” Kaine said. “A, I want to pass it. But B, it is the kind of a vote that should not happen with people absent.” Marianne with the latest: https://politi.co/2Re3Gil.

Related: “Kevin McCarthy Will Introduce Resolution In Support Of Iranian Protestors,” from Henry Rodgers of The Daily Caller: http://bit.ly/35TRt7C.

GOOD MORNING! Welcome to Huddle, the play-by-play guide to all things Capitol Hill, on this Tuesday, January 14. Minority Whip Steve Scalise won his bet with Majority Whip Jim Clyburn over the National Championship game last night, but it got your host thinking: when will lawmakers who represent the hometowns of Bachelor contestants get into the betting game?

MONDAY’S MOST CLICKED: USA TODAY’s story on AOC defending her decision to not pay DCCC dues was the big winner.

BLOOMBERG SEEKS A BREAKTHROUGH — Former New York City Mayor Michael Bloomberg has scooped up his first congressional endorsement in his 2020 bid: freshman Rep. Max Rose (D-N.Y.). “He thinks Bloomberg will help with his re-election money,” a source told The New York Post. While Bloomberg has poured millions into Democratic House races, he backed Rose’s GOP challenger in 2018. And Rose was critical of Bloomberg’s controversial use of “stop-and-frisk,” calling the practice “unconstitutional” at the time. Julia Marsh, Carl Campanile and Rich Calder with more details on the endorsement: http://bit.ly/3a1Nk4S.

But Bloomberg isn’t stopping there. Per Sarah, Bloomberg will visit Capitol Hill this week in an effort to court members of Congress. He is scheduled to meet with the moderate Blue Dog co-chairs on Thursday, in addition to the centrist New Democrat Coalition. And Bloomberg is also supposed to have breakfast with Congressional Hispanic Caucus members on Thursday.

TAKE IT TO THE MAX — Federal prosecutors are recommending that former Rep. Chris Collins (R-N.Y.) get the maximum prison sentence — nearly five years behind bars — for his role in an insider trading case. As you’ll recall, Collins initially denied wrongdoing after his arrest in August 2018 and even went on to win reelection, but he ended up pleading guilty in October to conspiracy to commit securities fraud and making false statements. Collins, who was Trump’s first supporter on Capitol Hill, resigned from Congress soon after.

Prosecutors said Collins deserves a lengthy sentence because he chose to continue serving in Congress and then lied under questioning about the case. “Collins’s decision to break the law while making the law – a decision that he made twice, ten months apart — was brazen,” the prosecutors wrote. “A sentence at the top end of the Guidelines range is necessary to assure the public that those in power do not stand above the law.” Collins’ lawyers, meanwhile, are seeking no jail time. Your Huddle host with the dispatch: https://politi.co/2QQiFQA.

Related: “Behind the Collins scandal: How one phone call devastated two families,” via Jerry Zremski of The Buffalo News: http://bit.ly/3aizdse.

DCCC SAYS TRACKERS ARE WHACK — The Democratic Congressional Campaign Committee has filed an ethics complaint against NRCC Chairman Tom Emmer (R-Minn.), saying the House GOP’s campaign arm’s incessant use of trackers on Capitol grounds violates House rules. “Congressman Emmer and the NRCC broke the rules,” DCCC Executive Director Lucinda Guinn wrote in a letter to the Office of Congressional Ethics. “They used taxpayer-funded facilities for political purposes. And they did it while harassing members of Congress who were doing work for their constituents.”

While the NRCC has long deployed trackers to film Democratic members of Congress and use the footage on social media, it seems to have ramped up during the bitter impeachment fight in the House. And according to the National Journal, the breaking point came last week when lawmakers were being questioned on camera about Trump’s decision to kill Iranian General Qassem Soleimani. More from Kirk A. Bado: http://bit.ly/36WeOqA. 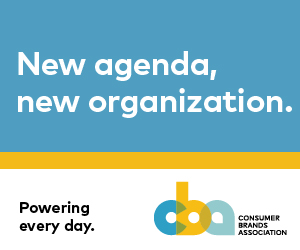 HOYER’S HOUSE PRIORITIES — House Majority Leader Steny Hoyer (D-Md.) laid out his top legislative priorities for 2020 in a new interview with Roll Call. Among the items on his wishlist: fully funding the government for fiscal 2021, clinching a deal on surprise medical bills and prescription drug prices, acting on a panel’s recommendations to modernize Congress and passing a massive infrastructure package.

All of that, of course, will be a heavy lift in a presidential election year. “We got done what we said we were going to get done,” Hoyer said. “I think we had a very successful year. Now, one successful year doesn’t make a successful Congress. And we mentioned some of the things that we need to get done.” Lindsey McPherson with the latest: http://bit.ly/2tjRLHE.

Steven Smith has started as press secretary for Rep. Liz Cheney (Wyo.) and the House GOP Conference. He comes from Rep. French Hill’s office, and prior to that, worked for Reps. Paul Gosar, Ed Royce, and John Boehner.

The House Democratic Caucus holds a closed-door meeting at 9 a.m. in HC-5.

The House Republican Conference holds a closed-door meeting at 9 a.m. at HVC-215.

MONDAY’S WINNER: Max Baker was the first person to correctly guess that Jon Fishman, a drummer for Phish, is both a Bernie Sanders supporter and serves as a Board of Selectman of a town in Maine.

TODAY’S QUESTION: From yours truly: the late rapper Tupac famously beefed with which Vice President — and why? First person to correctly guess gets a mention in the next edition of Huddle. Send your best guess my way: [email protected].

GET HUDDLE emailed to your phone each morning.

A message from the Consumer Brands Association:

What’s your number? The average American uses 42 consumer packaged goods every day. From household and personal care to food and beverage products, the industry plays a vital role in powering not just people’s lives, but the U.S. economy, contributing $2 trillion to GDP and supporting more than 20 million jobs. The Consumer Brands Association is proud to represent that industry at its new digital home, consumerbrandsassociation.org.

The Coronavirus Cost Of Your July 4th Barbecue

0
"I've came back from the hospital now, I've done a lung screening, my lung is clean, OK? I went to do a Covid...
Read more
News

0
CLOSE Do protests ever enact real change? Yes. But not all movements...
Read more